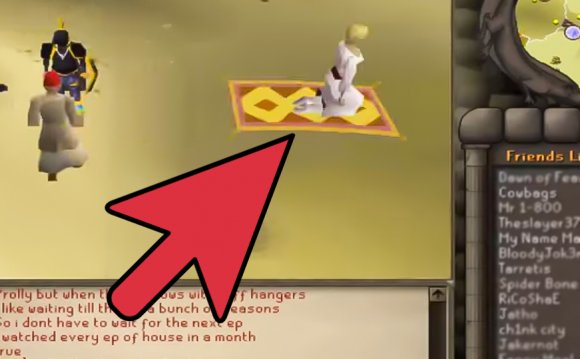 A Skill pure or skiller is a player that develops non-combat skills rather than combat skills. Skill pures usually have the goal to reach as high as possible in all skills that do not increase Combat level, and normally keep combat skills at level 1, making them 3 combat. This makes it harder to gain levels, as areas with dangerous monsters, or areas that require a quest involving combat, cannot be used for training. Combat skills (Attack, Strength, Defence, Ranged, prayer, Summoning, and Magic) are not trained by skillers. After the Evolution of Combat update on 20 November, 2012, skillers could train Constitution and Prayer without raising their combat level past 3. However, with the re-release of the Level 138 combat calculation, this is no longer possible.

It is recommended that skill pures wield ranged weapons without ammo (a shortbow, shieldbow, crossbow for example) or a magic weapon without setting an autocast spell (such as a staff, magic staff, or wizard wand). This is to avoid getting combat XP by accidentally attacking monsters.

Skill pures can come in a variety of different forms these days. With the change in combat level back to 138 the below table shows the different variations with combat level and stats.

This is the generic skiller; all combat stats 1. These are the most commonly found skiller in the community. They can achieve slayer levels through various methods.

These accounts gain 99 summoning through means of collecting charms without levelling any other combat stats. The various methods include:

A common misconception is that summoning pures are able to acquire charms from the Soul Wars minigame. This is not possible as the exchange of Zeal points for charms requires a minimum combat level of 30.

These accounts are the most common for the skilling varieties due to to easy nature of bones being tradable.

These accounts tend to be the rarest you'll find, they train constitution with all other combat stats 1. This can be achieved through various methods.

Note: Pest Control cannot be used to gain constitution xp, as it requires a combat level of at least 35 to play; the maximum combat level possible for an HP pure is 25.

The following quests are possible to complete while being and remaining level 3 combat. Food and Rings of recoil may be necessary to complete several of these quests.

Note: due to the Evolution of Combat, many of these quests are now more difficult to complete without gaining experience. Using Rings of recoil may result in gaining combat experience, as you gain the experience after killing the monster. There is also currently a fix during some quests where the recoil will not complete a kill and the monster will either regenerate from zero or not drop the item required, such as keys.

The skills required to complete the above quests are the following:

A Citadel pure is a type of skill pure, a player account created solely for the purpose of skilling in a Clan Citadel. As such, the only skills trained on a Citadel pure account are the skills involved in Citadel resourcing: Woodcutting, Mining, Firemaking, Smithing, Cooking, Crafting and Summoning.

These accounts are often created by higher-ranking members of clans to assist in the process of gaining needed resources each week. Only a certain amount of resources may be collected by a single account per week, so the creator uses this account to collect more resources than would normally be allowed.

There are certain activities that skillers can do. The ones listed are those that are possible to do at 3 combat. Some activities may need precaution to avoid combat experience.

runescape skiller abyss mini quest and how to get pouches