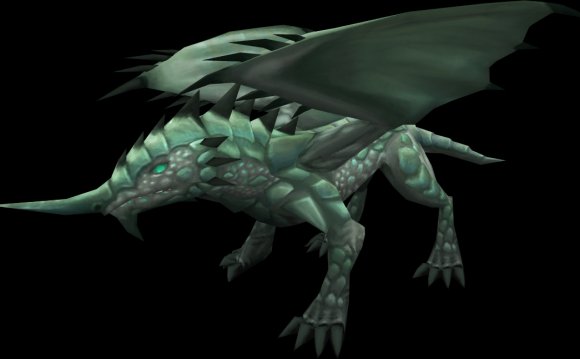 There comes a time in an adventurer's life when they must leave the nest, stretch their limbs and fend for themselves. It's a time to abandon all quests, to wave sadly to the hellcat and make the lonesome trek north to the Wilderness, the west to Castle Wars and the TzHaar Fight Pit, or south to Al Kharid's Duel Arena; the especially bold may choose to attempt the exceedingly dangerous High-risk Wilderness Worlds. It is at these places that other RuneScapers will be waiting expectantly with a hefty mace and a bloodthirsty smile, ready to introduce fledgling adventurers to the complex world of player-killing, or, in more friendly terms, pk-ing.

It is wise, therefore, to glance over a few tips and strategies before scampering to the distant reaches with a tinderbox, a packed lunch and the hope of making a few more friends.

Idly wandering around these places will identify fellow players as three, often overlapping, stereotypes: melee fighters, rangers and mages, all of which form the corners of the combat triangle. Each corner has a distinct advantage over one other, but is heavily disadvantaged against the other.

The combat triangle is how the three combat types work together. It basically boils down to this:

Specific weaknesses will have a further bonus to your hit chance if you attack with these. For example, monsters with a weakness to bolts will be hit for more often and for more if you use this weapon type over other Ranged weapons. Specific weaknesses do not come into play for PvP.

Advantages - For those who want to get up close and homicidal, melee is the preferred option. This involves, generally, bulkier weapons and armour than the light and flimsy range and mage options. Not only does this make you look impressive, it gives the adventurer a strong advantage over Ranged attacks. Arrows and bolts will have a hard time piercing armour, allowing the melee fighter to get close enough to do serious damage.

Disadvantages - The 'but' comes when encountering mages. Well-constructed melee armour does a good job of deflecting blades and bolts, but also manages to strongly conduct Magic attacks, increasing the effects and damage caused by an opportunist magician. An experienced spellcaster can also paralyse a melee combatant with a 'holding' spell and then attack from afar. Mages are melee fighters' arch enemies, and so should be avoided.

Advantages - The mage may look like an easy target, wearing what could be described as a glorified flannel, but beneath their soft exterior lies a dangerous opponent. A combination of 'holding' spells and magic's conductivity through armour makes the mage strongly anti-melee, often keeping a hand-to-hand combatant incapacitated and highly vulnerable.

Disadvantages - Soft-to-the-touch cloaks and robes make the mage a tempting target for passing rangers. With little ranged defence, this often makes the mage a walking pin-cushion - and 'holding' spells will only encourage rangers to shoot from afar.

Advantages - With light, articulated armour for optimum ranging, the ranger is able to substitute what his or her armour lacks in physical defence with magical resistance. This makes the ranger a strong adversary for the mage, who will find a foe that is well-defended against magical attacks while also being able to attack from long distances.