Why do people play RuneScape? 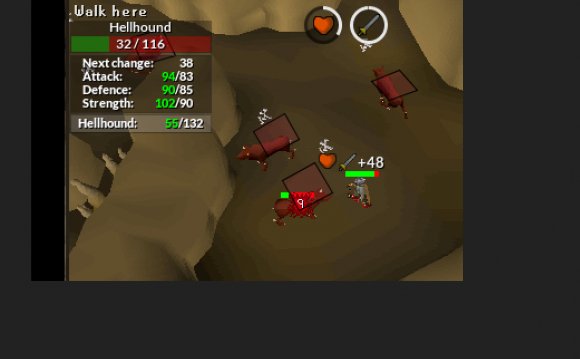 I have always been interested in what makes RuneScape the game it is. Why do we play it and keep playing. When looking at myself I know I am certainly not unique in that what normally hooks me is a good sense of immersion, feeling like you are your character, or at least care about it. What happens matters because you are 'really' there. One of the things that make this happen is hard choices, a subject I explored in my last article 'Shades of grey' and dismissed as a reason for being a loyal player of RS, since there are no real choices in the game that matter. Another aspect of immersion is a good story, but instead of exploring that right now I decided to look further then myself. It was time for some real research...oh dear...

I went out and asked a sample of RS players the same question: 'why do you (still) play RuneScape?' and got a good amount of answers. Combined with what they in real science call a 'literature study', in this case me reading forums that had the same question posted, I got about 50 useful responses.

After tabulating the totals, sifting trough the results and bribing the officials I came up with the top ten reasons we play RS:

Now that we got the obligatory joke out of the way it is time to try and really extract the reasons we play out of the answers I got, which is a lot harder then making up that top ten. But, getting ahead of myself does include some overlap with the made up ones! It was good that I moved away from myself, since I found some results that surprised at least me. When dividing the reasons we play in the categories some would fit two of them and I took that in account when adding up the numbers. For instance: when someone is motivated by wanting to keep their compcape I put this under personal, but of course it also is a feature of the game driving us to this.

In the end, I divided these reasons into three main categories:

It might be obvious, but a big part in the success of RuneScape is the game itself. Jagex defiantly offers its audience a lot of things they want and need. Leveling is slow, but simple to do wile doing other things. The game is basically never ending with the quests adding a lot of seasoning. I have not played many other similar games so I have to go on the reactions I got, but it seems RS quests are considered to be of a very high quality with a wide variety of things to do. Variety is also an important word when it comes to skills, which unlike most other games does not only revolve around combat and allows us to master them all without having to choose. An other aspect named a lot, which I shared between the game and personal reasons is the sense of accomplishment RS can offer when reaching certain goals. One thing Jagex needs to be careful about is the aspect of working for something to gain a reward in a fair way while they still have to change to cater to those who have less time to play and want faster rewards, a subject that has been covered before in the Times. It is interesting to see the ever increasing production-values of RS, better graphics, voices and interface. It seems the quality is keeping up with demand without actually being a reason people play. One reason I did not expect to find anymore, but still did, is the relatively low demands RS puts on our computers. I am sure Jagex can increase its customer base by a lot if they make RS work well on the ever growing amount of tablets out there!

Below you see several quotes that are representative of the answers I got:

“My story is simple I always loved games that took forever to beat and I didn’t care about graphics just content and when i found out about rs it had it all and after almost 5 years i still have so much to do...and they will continue to add things to do” “The game seemed fair. If you worked for it, you got rewarded.” “It is logical, cows give milk, chickens eggs, mill some flower and you can bake your own cake. Amazing!” “These days I have less time to play, with a baby and wife and all, I am very choosy what I do. I generally go for quick and easy xp: daily tasks, penguins, tears of guthix, player owned ports, sinkholes.” “RuneScape is challenging, it takes a lot of time to master” “Every quest is a little game in itself and not just 'bring me 3 animal skins and you get a few coins'” “Other games don't have the variety of skills, it is all about combat.” “RuneScape is relatively simple, it lets you browse, watch videos and study wile you progress. Besides (that) you can do EVERYTHING and not just one class or one profession.”

A lot of people seem to have reasons of a more personal or internally driven nature. Of course there is the ever elusive 'addiction', the habit of playing this particular game. I think for many it will likely also have to do with things mentioned by others, like the extensive history they have on this game. They build something that they do not want to lose. Specially if this is a rank or a max/comp/questcape it takes a constant investment of time to keep it. Something else that showed up could, in a rude way, be described as 'having no life'. Quite a lot of people need something to do with their time, preferably something they can feel a sense of accomplishment from. In some cases this will be because the 'real world' is out of reach. This can be because someone is very shy, or socially inept but also have to do with illness and handicaps. I do admit I did not take this part from a lot of the answers, but more from people I met on my journeys trough Gielinor. I think RuneScape provides a specially valuable service to these people.

“I feel obliged to play because I invested so much time into the game” “Pretty simple for me. Bored housewife. Looked up an RPG on Google and been stuck on the game ever since. The bonus is that it keeps me out of trouble!!” “When I first started I was in graduate school and really needed an outlet and people to talk to that didn't always want to talk about research. :P I've lived in places where I don't have many family or friends” “I've put so many hours into this game that I feel compelled to master the latest content and get my comp cape back.” “…..Addiction, I hate RS, but I cant stop playing.” “I kept playing as it gave me a sense of accomplishment. I never had to study much so I had time for 'do this and reach that goal by doing so', which can be a good feeling. Things don't tend to work out so easily in real life.” “Well, yeah, I nowadays mostly play due to force of habit” “It would not be logical to start something else when I wasted so much time on RS already. I will never get this far again.”
Source: www.tip.it

Why do you play runescape?