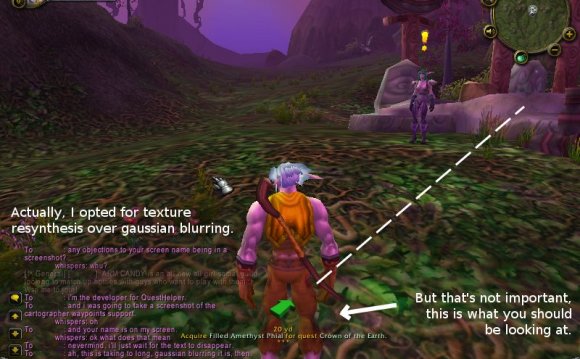 In the deep south of the desert, unrest is brewing. The Menaphites have barred their city's gates from all. An unsettling desert wanderer may know of a secret entrance to Sophanem - the city of the dead.

Will you become Icthlarin's Little Helper by entering? Enter into a titanic struggle for the soul of the High Priest of Icthlarin in a land where the cat is top dog.

S Speak to the Wanderer located in their camp north of Sophanem, which is south of Pollnivneach and over the River Elid. Be sure to have a Cat, Tinderbox (a toolbelt tinderbox will not work) and Full Waterskins with you. When you talk to her she will overreact to seeing your Cat. Question why she is so afraid of the cat. Give her the supplies that she asks for, and then she will ask you to look into her eyes.

You will wake up in the new City of the Dead, known as Sophanem, with a Canopic Jar in your backpack. Now touch the door of the nearby Pyramid.

You will have some sort of dream or flashback, as if you were hypnotized. You'll also find an Unholy Symbol in your inventory. Be careful of the Crushing Walls, and after you're past them, you'll need to watch out for Trap Floors. Don't step where the red X's (on the below picture) are, or you will need to start over again. If you get hit by a wall, it will cause 80 damage.

Now that you're past these dangerous obstacles, you should find some level 100 Mummies, as well as more Crushing Walls. After this, some Scarabs will appear. You will be stopped from running when the scarabs begin to appear. Please note that both the Mummies and the Scarabs can poison you for minimal amounts. When you get to a pit, jump across it, and note that you will need at least 20% energy to jump it. When you have jumped across the pit successfully, go west and try to open the door.

You'll have to solve a puzzle in order to enter the room to the east. When you click on a tile, that tile and the 8 surrounding tiles will flip over, revealing parts of the image. Keep clicking on the squares until the image of the bird is completed. You can also reset the puzzle by clicking on the bird to the right.

Tip: If you're having trouble solving the puzzle, check out our Easy Puzzle Solving Trick below.

After solving the puzzle, the flashback will end and you will be back at the Pyramid entrance, fully healed and cured of any poison effects you may have had before. Speak to the Sphinx, ask him for help, and he will ask you to solve a riddle:

Question: A husband and a wife have 6 sons. Each son has a sister. How many people are in the family?

Warning: If you answer this riddle incorrectly, you may lose your Cat!

After answering correctly, the Sphinx give you a Sphinx's Token and ask you to speak to the new High Priest in the southwest part of town.

After speaking to him, he will tell you to put the Canopic Jar back inside of the Pyramid. Cross into the Pyramid as before, but before you jump the pit you'll have another flashback. Enter the door, and you'll see 4 Jars lined up. You need to pick one of these up (the one you must take is random), and once you do, you will be attacked by a monster ranging from level 80+ (depending on your combat level). Once it's been killed, pick the jar up again.

Try jumping the pit again and you'll get out of the flashback. Jump the pit again, and then resolve the puzzle. Drop the Jar in the same place as you took it from in the flashback, and then return to the High Priest. He wants you to make the spirit rest so that they can be rid of the plague.

Now give your Willow Logs to the Carpenter in the east part of town and then speak to the Embalmer in the south part of town. He will need:

Go back into the Pyramid, make your way to the pit, and you'll have another flashback. Afterwards, you'll find that your Holy symbol has become Unholy! Go to the eastern chamber and hide the Unholy Symbol in any of the Sarcophagi. Exit the room, jump the pit, and go to the eastern chamber again. The Priests have already begun the ceremony, but they won't listen to you...

The Wanderer will appear and she will turn out to be the Devourer! She'll possess one of the level 80 Priests and cast spells at you. Kill it, speak with the High Priest again, and then you'll have another flashback and meet Icthlarin himself!