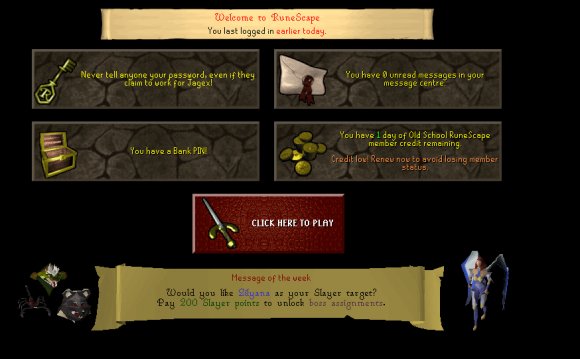 A Cape of Accomplishment (more commonly known as a Skillcape among players) is a cape that symbolises achieving the highest possible level in a particular skill (120 in the case of Dungeoneering and Elite Skills, 99 for others; however, virtual levels extend all the way up to 120) or the completion of every quest. Members and ex-members can still do the emote on a free-to-play world. The Capes of Accomplishment were formally released on 18 October 2006 after having been alluded to several times within the forums, after Jagex had received many complaints of dedicated high-levelled players not being able to have much to flaunt with. The capes' restriction to paying members has often been a source of debate on RuneScape.

Capes of Accomplishment cost 99, 000 coins (same price for the trimmed capes once you have trained two or more skills to 99). Each are obtainable from specific NPC masters, who can be seen proudly displaying the cape. A temporary skill boost that raises a skill level to 99 will not allow the player to obtain the corresponding cape. The NPC is located in a place related to his/her skill. These capes can only be bought and equipped on a members' server, but once equipped they may be worn on non-members servers (minus the stat adjustments, however emotes of capes can also be performed). Capes also come with matching hoods, although the hoods do not offer any bonuses.

When a player achieves a second level 99 skill, their earlier cape of achievement receives a graphical enhancement in the form of a "trim" of a different colour. This is irreversible. Those so called "trimmed skillcapes" can be used to show that someone has more than one skillcape. An exception to this is the Quest point cape. This cape cannot be visually trimmed, nor can it be used to trim other capes of accomplishment. The Quest point cape has the same bonuses as a trimmed skillcape. Players can achieve further mastery in each skill by training beyond level 99.

On 2 November 2010 some skillcapes were updated with either a smaller or larger icon. On 5 September 2012 some skillcapes received an update which changed the icon on the back.