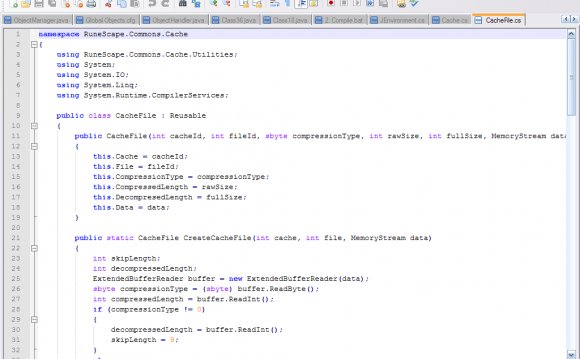 RuneScape private servers are not new, I’m sure most of you know that. But did you know the first RSPS was released more than 10 years ago? And did you know it was a single player game?

The RSPS scene came to life in 2004. A select group of people were interested in the RuneScape protocol. There was no intention to make a public RSPS for players to play on, but instead this group wanted to find out more information to create proper RuneScape bots.

Result of this was the first RSPS named ‘WinterLove’, a very basic RuneScape server. It did not support multi playing at the beginning as the intention was not to create a publicly playable game. The idea to create a public game however, was reality shortly after the release of WinterLove. People started to understand the protocol of RuneScape and more developers were starting to shown interest with in 2005 as result an upgraded WinterLove source that fully supported multi playing. The first multi playable RSPS was named ‘BlakeScape’…

Developers started to take the BlakeScape source as base and expanded it under different names such as:

In 2006 the world of RSPS start to become more commercial than it ever was before. With RSPS sources such as the famous Project Insanity (PI), a new server was released every day and the RSPS scene started to become a second RuneScape for many.

How To Make Your Own Runescape Private Server part 1

How to get a runescape private server source