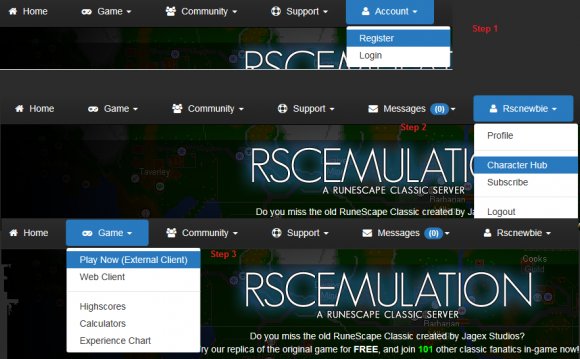 A fellow Runescape fan, nice! :) He learned Java in the late 90's and started making games. It all changed in 2001, when he made Runescape Classic and it instantly became popular. There isn't any source available on how he learned Java, but I'm guessing it was from books because that's how programming was learned back then. Now however, with the availability of tons of online courses, I would recommend checking out my post: I was also inspired to learn Java because of playing so much Runescape. I would recommend Team Treehouse/Udemy. They are both great for learning Java.

I hope you have fun learning Java, it's really exciting and you learn new things everyday. Programming itself is one of the most beautiful things, once you get started in it, you can drive yourself to anything your heart desires.

The most fun experience in my opinion for me was making my own private server for Runescape. There are a ton of resources out there and after you learn Java, the experience of coding your own server using a stripped base like Pi and coding your own monsters and NPCs and commands, choosing whether you want your server to have spawnable items and be for pking, or have it be an eco-based server is so much fun! I would recommend starting on a 317 server, which means that it's revision 317 which is the old style of Runescape. It's easier to code on that server as there is less stuff than a later revision like 508. 317 is also the peak of Runescape, when the most people were playing and having fun. If you really want something super exciting, try working on a 194 server, right now there are no RSPS's running a 194 and you can find source...194 is RS2 beta, a really early release. :) Old is gold!