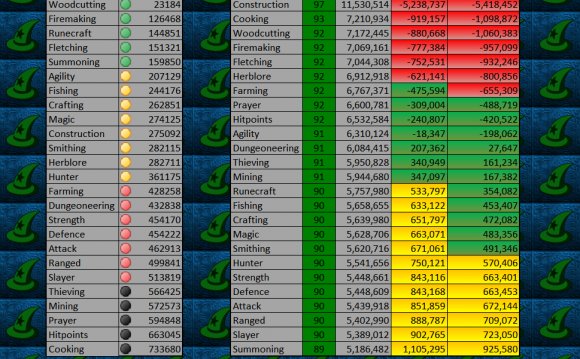 Although there are no quest requirements to unlock Runecrafting, it is suggested that you complete the Rune Mysteries quest, as this unlocks helpful elements to the skill. It's a fairly easy quest, and you'll most likely be able to complete it quickly. This skill doesn't require many tools - all you need is a pickaxe (any kind will do), and the talisman of the rune you want to craft. The locations of the Talismans and Altars are provided later in this guide.

To start, you'll have to mine (or purchase) some rune essence. You can only do this in the special Runecrafting mine. Rune essence mines are unlocked upon completing the Rune Mysteries quest. To get to these mines, you'll either have to go mine some in the Lunar Isle dungeon, or be teleported by one of the following people:

Once you get teleported you'll find yourself in a cave-like mining area. You'll see lots of rocks, some of which you can mine. You can figure out which ones can be mined by moving your cursor over the rocks, or by right-clicking your mouse. When you find a rock that can be mined, you can get some rune essence. Once you've gotten the amount of essence you want, look for the portal to leave the mining area. There is a portal in each corner of the rune essence mine. You can bank your essence then go back for more, or go straight to the Altar to convert them into runes.

If you're a little too lazy to mine the essence yourself or can't be bothered, you can buy both pure and rune essence from other players or the Grand Exchange. Also, a number of low level monsters drop noted rune or pure essence. For a list of these monsters, simply search our Bestiary by entering the words "rune essence" or "pure essence" in the Bestiary's Keywords field and then clicking the Search button.

When you finish the Rune Mysteries Quest, you will receive an air talisman as a reward. Talismans are used to enter the runecrafting altar where you change your rune essence into runes. So when you get that first talisman, can you guess what kind of runes you can make? That's right! The air talisman allows you to enter the Air altar, where can make your very own air runes! To make other kinds of runes, you need the talisman the rune corresponds to, and the level to craft them.

You won't find any talismans just lying around Runescape, though. There are a couple of ways to get them, but the easiest and most popular way is to kill monsters. Some talismans are easy to get, while others are extremely hard to get. Here's a table of which monsters you can kill to get the different talismans.