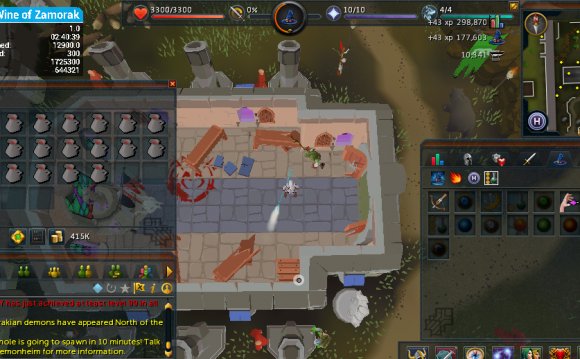 Before I say anything let me say that I have never macroed/botted in Runescape, and I was banned a couple days ago for "Macroing Major."

Below is a copy of the email I sent Jagex:
"My account has recently been banned for macroing right after i started playing again (About a week after.) I don't know what your macro-detection system caught, but I have never botted or used 3rd party software on runescape. It says that my appeal won't be looked at for a macroing offense, so basically is there no way to prove I wasn't botting?
Was my grabbing wine of zamorak or using high alch for a long time considered botting or was my using a touch screen + mouse considered 3rd party software? These are the only things I think your system would have thought was macroing or 3rd party software. I understand that evidence can't be shown to me, but it is kind of unfair that I can't do anything once you think I have botted. I have seen a lot of bots for woodcutting runecrafting and grabbing wines of zamorak, and I always report them. I can assure you that I have not botted and that nobody else has access to my account and could have botted for me.

With this being said, I don't really feel like making a new account if an account I have had for about 8+ years has been banned. If you can't tell me why I was banned and I can't prove to you that I haven't broken any rules, what should I do.

With the new support system Jagex no longer reads emails, and as a banned player I cannot post to forums or do anything, and my appeal won't even be looked at. So, I posted here.
I'm hoping that Jagex can investigate deeper and find that I have not botted or used any software for runescape, because I have spent a lot of time on that account.

I created my account about 8 years ago and just started playing again and discovering new content about a week and a half ago. I have seen a lot of bot accounts with only magic leveled or only skill (wc, runecrafting, etc.) leveled grabbing zammy wines or runecrafting etc. and I always report them. (They don't talk when I talk to them and continue doing repeated actions.)
Then one morning i tried to log on and discovered I was banned for macroing. I don't want to create a new account, and if Jagex isn't going to help me with this, then I'm probably going to quit Runescape forever. :(