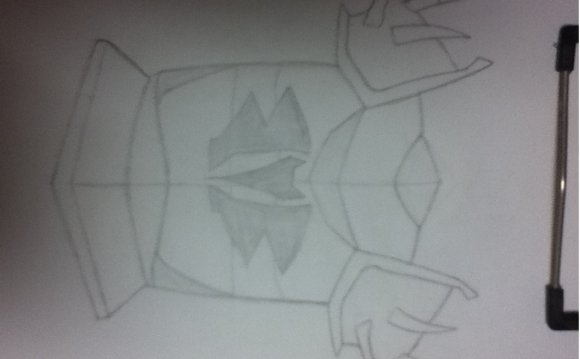 The Tormented Demons, also referred to as 'TD', was released on November 26th, and requires the aforementioned quest (While Guthix Sleeps) in order to fight it. It is currently in the top ten strongest monsters in RuneScape. Its body is odd in that it is part organic and part Dragon metal. The monster can hit up to 300 with magic, ranged, and melee but hits 250 or 260 very often so beware of your Constitution. Tormented Demons reside in a multi-combat area, so it is possible to attack it as a team.

It's recommended before you take on these demons, that you read this guide to ensure you are ready to take them on.

Before you accept the challenge on fighting these demons, it is best to know a bit of factual information about them. Like the fight caves, you must know how to switch your prayer's the attacks. Same goes to the Tormented Demon, You must adjust your prayers to its attacks in order to survive. However, there are multiple demons in the one area, so it is also possible for more than one demon to attack a player. They have extremely high Defence and life points so having higher Ranged or Strength is advised.

When the Tormented Demon's are protecting from ranged attacks, you need to use a Darklight, or you won't hit them, even with a melee weapon. In addition, they generate a form of a flaming shield. When they have this shield, you are only able to max 50-70. Use your Darklight to get rid of it.

The Tormented Demons, have four different attack styles, which are a different variety of styles. There are one of each for Ranged, Melee, and Magical attacks, and fourth attack is a combo between Magic and Ranged, which can deal up to a maximum of 600 damage, if not praying.