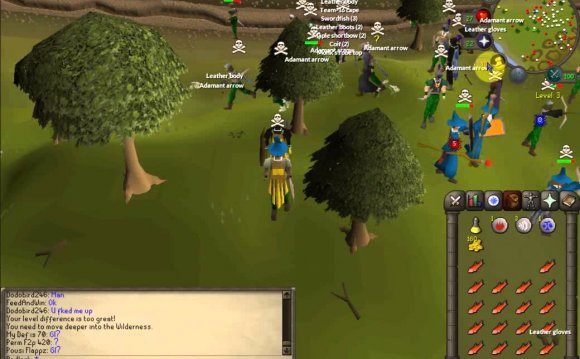 Jebrim is a player working to obtain one billion Agility experience across his RuneScape and accounts. He is also the first player to achieve the highest possible overall level of 2277 in Old School RuneScape on 27 October 2013. Jebrim first started playing in 2002, but only created his Jebrim I account, previously known as The1general and Agile Jebrim, in 2005.

Jebrim also has an additional 105 million Agility experience in RuneScape Classic, which, unlike his other accounts, was done simultaneously while training Agility on another account. On 14 March 2013, he became the first to obtain level 99 Agility in . Jebrim is the owner of TMOA, a skilling clan.

Jebrim started playing RuneScape after discovering the game on RealArcade in 2002. He created several accounts during this period before creating his account now known as Jebrim I in 2005.

Jebrim first started Agility in 2006 in order to meet the requirements for the Regicide quest. He enjoyed training the skill and continued to level his account up in the skill. By the turn of the year 2006 to 2007, he was ranked between 1900 and 2000 in the Agility hiscores with 80 Agility, and he decided he wanted to eventually get a single digit rank in the skill.