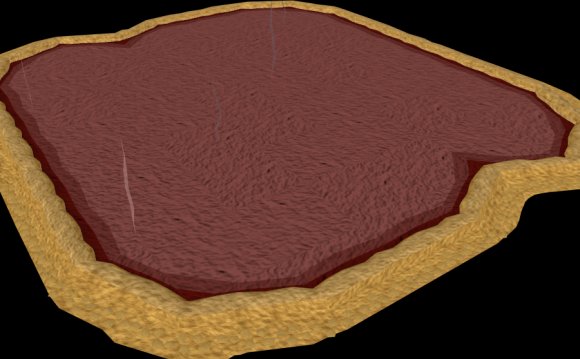 General Graardor is one of the most popular of the five God Wars Dungeon bosses to kill, as he is arguably one of the easiest, but players should not take him too lightly. To enter Bandos's Stronghold, players must have at least 70 Strength and a hammer (toolbelt works). To get to the boss room, players must kill 40 minions of Bandos in Bandos's Stronghold or the main God Wars Dungeon area.

Getting the Kill Count

Locations of goblins on the main floor

In the past, goblins were very low level and therefore frequently used to make up the Bandos killcount very quickly. These have since been buffed considerably, and are now more in line with any other of the Bandos minions. The best monsters to build killcount on now are the spiritual rangers in Bandos's Stronghold, providing you have the required 63 Slayer. If you do not have the required slayer level to combat Spiritual rangers, it is recommended that you fight Bandosians in the northwest corner of the main room, as these are generally lower level than the minions within the stronghold. It is best to kill goblins when possible, compared to hobgoblins or jogres because of their higher life points. Orks can be killed if the player wishes, due to having the same amount of life points as goblins and are very close to each other.

Because Graardor is one of the easiest of the five bosses, he is commonly killed. Once players get 40 killcount, they will then be able to kill General Graardor for a chance to get his famed helm, chestplate, tassets, gloves, boots and shield. He also drops excellent common drops, dropping more moderate levelled resources compared to K'ril or Kree'arra, who tend to drop high level materials less often. It was once hard to find a world for this boss, but the popularity of other bosses or the effectiveness of instancing for faster kills has made pretty much every world free.

The best way is to go north of the big door to the chamber room, and hop there so a misclick won't make you lose your 40 killcount. A Zamorak/Nex item is optional.

Whenever players decide to fight General Graardor and his minions, Sergeant Steelwill, Sergeant Strongstack, and Sergeant Grimspike, everyone will attack Graardor first. When Graardor dies, some players attack Steelwill first, while others attack Grimspike because of his higher damage rate. Strongstack is usually left for the tank (if they can use Soul Split) because of his relatively low defence against players.

After the Evolution of Combat update, Graardor has no weaknesses to any point of the combat triangle. This allows for players to range, mage and melee him at their own accord. A player with 80+ combat stats and a reasonable prayer level (60+) can expect to prevail against Graardor at least once before having to bank.

Graardor strangely has very high ranged defence despite not having any weaknesses, so range setups are not recommended.

As of late, Soloing for high level players is very common. It requires high stats for effectiveness.