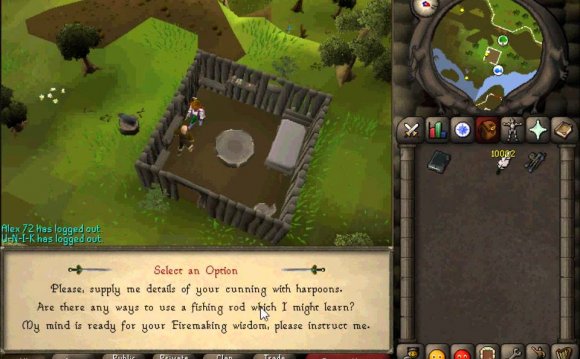 The guide is identical to the F2P guide up to level 30.

Afterwards, you can fly fish to 90 at Shilo Village (unofficial fishing world is world 22), Seer’s Village or at the river at the Fishing Guild. But there is also an alternative way of training fish, though not this fast, but with a lot more profit.

40-62: You will catch a lot of lobsters at this part. You need a lobster cage in order to be able to catch them. They make about 45k to 60k and more xp per hour, which is good, and also some nice money.

62-85: You will catch many monkfish at this level. They make some very nice money and about 30k – 45k xp per hour. An alternative is also to catch lobsters rather than monkfish. I, personally, have caught lobsters to 85. But I also didn’t have the quest “Swan’s Song”, which is required to unlock the ability of catch monkfish.

85-90: You can finally catch the good stuff. At level 85, you are able to catch the valuable cavefish. They give 300 xp per caught cavefish and also very good money per hour. Unofficial worlds, where many players catch these, are world 84 and world 77.

90-99: Rocktails is your fish to go to 99 fishing. They make extremely much money until 99 and 380 xp per caught rocktail. You make roughly 48k xp per hour and in that cave, where you fish them, there is a deposit box, so you can store them there and don’t have to walk all your way to the bank. Unofficial worlds, where many players catch these, are world 84 and world 77.