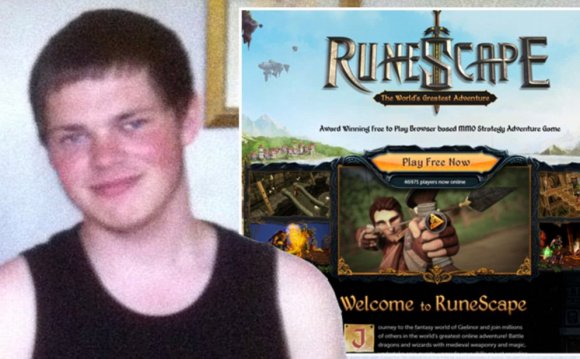 It seems like no MMO can exist these days without spawning its own brand of real-life drama, doesn't it? While people are arrested for theft and fraud every single day all over the world, a 19-year-old from the U.K. was cuffed and brought to court for messing with a friend's in-game money in the popular multiplayer game RuneScape.

According to the Daily Mail, Keiron Belmont logged into Helen Jenkins' RuneScape account after the two had argued and gave away her complete stash of in-game money. Jenkins had been building her credits up since she started playing the game six years ago.

Upon finding out her virtual dollars were gone, Jenkins called police and had Belmont dragged into court. Even though RuneScape money is used to purchase digital upgrades and has no tangible value in the real world, Belmont was charged with offending the Computer Missuse Act 1990 regarding the access of unauthorized accounts. Belmont must pay 16 euros, roughly $20, for his offense and received an eight-month conditional discharge from the courts.

"He saw an opportunity to carry out a spiteful act - he knew the password to the computer because he had used it before, " said Stuart John in Jenkins' defense.

As gamers, we all know the crippling pain of losing digital accomplishments that we've worked for years to obtain. But was Belmont's arrest just? While the boy certainly committed a heinous act in the eyes of MMO players, the gaming community will likely be split on whether or not his actions warrant the presence of police and handcuffs. Perhaps if more light is shed on his relationship with Jenkins and the nature of their argument, the motives behind his act would be a little more clear.

Created by Jagex, RuneScape is a free-to-play MMO with over 200 million registered players. The fantasy game's mantra is "The World's Greatest Adventure, " and hopefully the community can find a way to make the game feel that way for Jenkins once again.