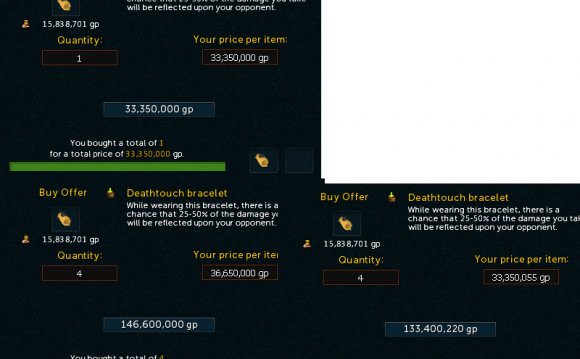 MerchantingOr merching, is the act of purchasing an item at a low price and then selling that item at a higher price to generate profit. It is a popular method used by wealthy players to make money.

How the Grand Exchange works

Most items have a maximum quantity that can be bought every four hours. This limit was implemented by Jagex to prevent price manipulation. A full list of the maximum purchases can be seen here.

Runescape Flipping Items Are Back!