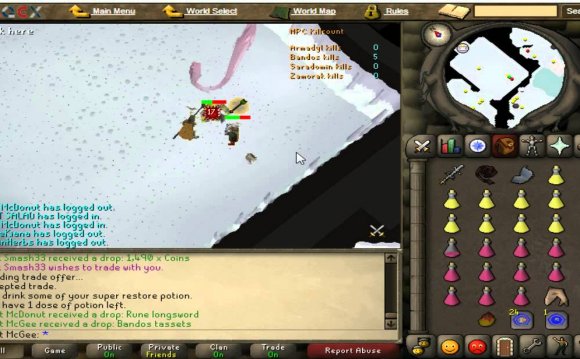 is a book dropped by General Graardor in the God Wars Dungeon. This book is always dropped alongside a unique drop from Graardor, such as Bandos tassets. This book will always appear to players who haven't picked it up yet, and even if CoinShare is active. Players can re-obtain this book from their player-owned house bookshelf if lost.

This section of the article is a direct quote, copied verbatim, from RuneScape.
This content is copyrighted by Jagex.

Graardor enjoys recalling his life as a young ourg. He was only seven or eight-feet tall, smaller than the others in his tribe, and he wasn't able to eat a pig whole. Even then, Graardor found favour with the Big High War God. His tribe would only allow sizable adults to go to war, but the Big High War God gave him the courage to challenge the Tribe Chief to a wrestling match to the death. Graardor won, was able to go to war, and was the new Tribe Chief to boot.

The great battles continued, and Graardor grew in stature. Any who tried to fight him were crushed or tossed away. He even talked with the Big High War God, who told him to go to a town near his village. There he found a large reserve of gold—something he never really cared for. But, when he carried the gold past a tribe of goblins on the way to his homeland, they followed him eagerly and fought over the coins that fell to the floor.

It was then that Graardor began his ascent to becoming General Graardor. With his bag of overflowing coins, he visited the many goblin tribes. One by one they pledged allegiance to Graardor, until he was in command of the majority of all goblin. With his army amassed, few could stand between him and anything he wanted.