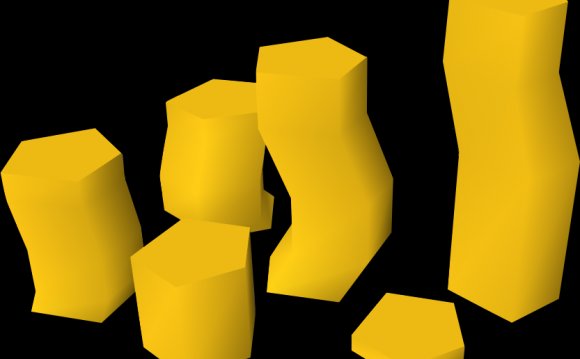 A player's account is the character, avatar, or profile that is associated with a player. Every account has a separate log in credential, whether it be an email or username (depending on when the account was created) and are supposed to be owned separately. An account holds all the information on the player's in-game activities, including their skills and achievements, all the items they possess, and the quests they have done. It also makes the player accountable for anything they have said via the game's chat interface and done, specifically including any breaches of the Code of Conduct. An individual person can own several accounts, and he or she can interchange between playing them with no limits. Although it used to be forbidden to log into more than one account simultaneously, this was changed in May 2014 , explicitly allowing trade and other interaction between alternate accounts "as long as it doesn't involve rule breaking or gameplay exploitation". One may not, however, allow anyone else to use any of their accounts at any time . Jagex also prohibits the sale of accounts whether in-game or outside as well as RuneScape goods via Real world trading.

Accounts are often sold despite the fact that this is strictly prohibited by Jagex. Jagex keeps a watch on players attempting to sell accounts, and attempting to buy or sell an account in-game .

Players may receive messages from Jagex via the Message Centre when they log into the game. This is the only means by which Jagex contacts players individually, as they never use email. Players also need to log into their account to use certain functions on the RuneScape website, including posting on the RuneScape Forums, (for those that have not attained 350 overall total level) vote in official polls, and accessing the Player Moderator Centre (if the player has player moderator status).

As of 24 January 2010, players are required at sign-up to give Jagex their email address. However, they will not contact anyone through email as previously stated. You can check on or off if you want to receive Newsletters and such via email.

A throwaway account, also sometimes called a rag, is an alternate account that has been created to carry out a certain task, with the owner having no intention of developing the account. It is sometimes used to accomplish something controversial or malicious, such as griefing, which is the act of intentionally ruining other players' gaming experiences by using aspects of the game in unintended ways, or disrupting the community. (The act is also known as ragging.) It can also be used to experience or re-experience low level content and quests.

Noob accounts can also be used as pures, boosters for Nightmare Zone, scouts to assess Wilderness dangers (e.g. mining runite or KBD hunting), and a variety of other tasks provided they have sufficient levels. As a scout, noobs are essential since they can help seek out dangers and avoid your main from falling victim to a player killer.

Quests such as Heroes' Quest or Shield of Arrav require a partner. However, you will need to have both accounts logged in at the same time, which, again, is perfectly legal as long as it doesn't involve rulebreaking or glitching .

Throwaway accounts are also used to insult and scam other players. These accounts are often reported quickly, and banned soon after as they do nothing except negatively influence the community's well-being.

While other players can always choose to ignore the player in question, illegitimate throwaway accounts are often reported and banned. In some rare cases, throwaway accounts will be traced by Jagex moderators resulting in action being taken towards the user's main account(s). While a throwaway account's actions can be considered illegal, this varies on a case-by-case basis and the account owner's country of residence.