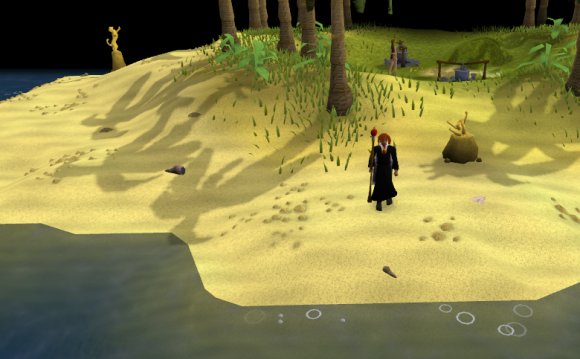 Note: If you do not already have monkey bones (or monkey corpse) from Karamja, you may kill a monkey right next to the glider landing point to obtain one.

Note: Make sure you have plenty of antipoison and food before moving on to the next steps. There's also a bank on the same floor that you can access.

Note: If you logout half way through the puzzle, you will have to start all over. Alternately, pay 200K coins to Glough, who resides in a Tree house located eastern side of Tree Gnome Stronghold, north of the Agility course, up a ladder.