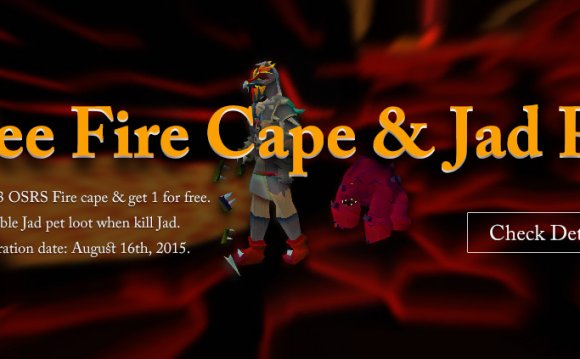 The TzHaar Fight Cave is an advanced area in volcano. Up until this update, the Kalphite Queen had been the most powerful of all creatures within RuneScape. However, the introduction of the TzHaar Fight Cave created 2 monsters, the level-702 TzTok-Jad and the level-360 Ket-Zek, both of which are higher in level. However, the Kalphite Queen is widely regarded to be more difficult to defeat than the level-360 Ket-Zek, despite its lower combat level.

Deep under the ground of Karamja, a new species of creature has been discovered. This was introduced in early October 2005. To find the entrance to this underground city, or TzHaar, players must go into the volcano dungeon on Karamja. Once there, players will see a cave, which leads to TzHaar.

The residents here are much stronger than most places, which is to be expected from a race living inside a volcano, and have devised many tests of skill and strength. Some, like the TzHaar Fight Pit, are meant as tournaments between bold adventurers. However, the TzHaar Fight Cave pits adventurers against a succession of monsters, each harder than the last. The final boss is the immensely powerful level-702 TzTok-Jad, but to get to him, players must battle past six other types of monsters ranging from level 22 up to level 360.

The monsters are in order of appearance:

The goal of the Fight Cave is to reach and defeat the level-702 TzTok-Jad, but that is extremely difficult to do, and is impossible for all but the most versed in combat tactics. Unlike the Kalphite Queen, players cannot team up against these monsters.

Jad slams his feet to the ground for Ranged, and he rears up dangling his feet for Magic.

TzTok-Jad (referred to as "Jad") is the final monster encountered in the TzHaar Fight Cave Minigame. Examining the monster yields the discouraging message "This is going to hurt..." TzTok-Jad is one of the highest level monsters in all of RuneScape, and those who are skilled enough to defeat it are in for grand rewards...namely the Fire cape, the only animated cape in the game and arguably the cape with the best stats in the game.

Especially in later Waves (38+), you should stand in the northeastern corner as 3 of 5 spawns get stuck that way behind Italy Rock and the other rock to west. Getting the 2+ Prayer boost at Edgeville Monastery may be a help in the caves. Although its only a 2+ Prayer boost of out about 20 Super restores, it can help if it comes down to prayer-flicking Jad. Also, whenever killing a safespotted monster behind another one, kill the un-safespotted ones first, then immediately attack the safespotted one, as the death animation of the un-safespotted one will allow you to get a free hit on the safespotted one(s). You can pause the rounds at anytime by clicking log out. If you finish the wave when logged in, you will be started on the next wave; if you log out before you finish, you will log in at the start of that wave again. This is also useful for letting your Hitpoints regenerate in-between rounds. You can log out, get the message, and finish the wave, and let your Hitpoints regenerate, or you can just safespot everything in the current wave and wait for your Hitpoints to regenerate. Prayer flicking Eagle or Hawk Eye on the high levels (360s) is useful if you can do it fast enough. It is also advised to turn Auto Retaliate off during the caves as the 90s and 360s can lure you out of safespots, thus putting you in one and others path allowing you and 180's to melee you. Do not drink any Saradomin brews unless you have to; otherwise, wait until your Prayer is in need or could use refilling, so you don't waste any uses of your Super restores. Drink a dose of restore following 3 doses of brew. If possible, the Saradomin godsword is HIGHLY useful for completing the fight-caves, as it restores hp/prayer, corresponding with the damage dealt, and you can even safe-spot monsters while waiting for special energy to regenerate. If using the Saradomin Godsword special attack on the level 180's, it is advisable to get them down to half-hp (39 or less to be safe), before using the special attack, this way they will use their hit to heal, rather than to hit you. If using Void Knight Armour (Not advised), it may be useful to bring a melee helmet as well as ranged if you are using a Saradomin Godsword as a special attack weapon.

If one is successful in defeating TzTok-Jad, they receive 8, 032 Tokkul and the much-coveted Fire cape. This cape has an animated "lava" pattern. The animation shows lava flowing downwards continually.

A player wearing a fire cape.

The Fire Cape is considered the best cape in RuneScape It provides much more protection than the cape of legends and the Obsidian cape. It is, of course, nontradeable. The only capes better in any area are the God capes which provide a higher magic offensive bonus only, Ava's attractor or accumulator in ranged attack bonus. Also, the Ardougne cloak for prayer and offensive stab bonuses.

Previously after redefeating TzTok-Jad, the player would receive 16, 064 TokKul as a reward, which was highly inadvisable due to the high cost of each trip, but after an update, the Fire cape became a stackable item when placed in a player's bank allowing players to receive another Fire cape and TokKul as a reward if they dared to re-enter the caves.

Equipping the Fire Cape while in the TzHaar City is an Elite task in the Karamja Diary. Additionally, two of the rewards for completing this diary are doubled Tokkul from the Fight Caves and one resurrection per day inside the Fight Caves, meaning players will need to have already completed the Fight Caves once before they can utilise these rewards.

The red ovals at Italy Rock represent the safe spots. They're exactly where you want to be!

Note: As of the update on 20 August, 2015, there are no longer static spawns in the fight caves. However there is still a pattern to let you predict spawn points, although not quite as friendly. The higher tier monsters will follow the lower tier monster's spawn points. For example, on Wave 10 if the 45 spawns on point 3 and the 90 spawns on point 1, then on Wave 11 the 90 will now spawn on point 3 and the 45 and 22 will spawn on new random points. On Wave 12 the 22's will get a new spot each, however the 45 will now spawn where the 22 was and the 90 will now spawn where the 45 was from the previous wave. Using this information you can position yourself for each new wave to do it as effectively as possible. And when it comes down to Jad's spawn, he will spawn where the off-colored 360 was.