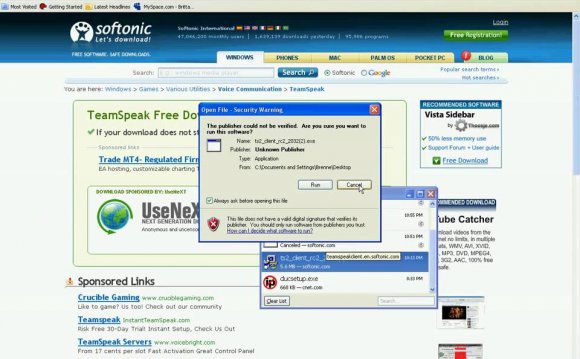 In the clan world (and RuneScape itself) there are other players who decide to to use tactics to bring more of an advantage to their side. One example of this is ddosing. It is illegal in many jurisdictions, however it's difficult (and often a waste of time) to find and prosecute the culprit, so the best course of action is to help mitigate them by reducing the effect it has on your clan.

What is a DDoS attack?

What has to be understood first is that ddosing is not necessarily the correct term for what is happening. This is because DDoS stands for 'Distributed Denial of Service'. DoS on the other hand stands for 'Denial of Service'. The difference is when someone makes a DoS attack, it's usually one person doing the attack while a DDoS attack is when many people perform the attack. The latter is next to impossible to trace, especially when it doesn't even need to be a group of people. They can use ghost computers that have been infected with a virus and control it like a bot army. This is called a botnet. This can be used to perform individual DoS attacks per computer. Since there are multiple computers hitting a server at a time, it becomes a DDoS attack.

How does a DDoS attack work?

Whenever a computer communicates with a server, the server sends information back. If this happens enough times (and fast enough) this can overload the server enough that regular service becomes slow or it may not even work at all.

A denial of service attack is common for Teamspeak servers. As you can imagine, during a fight where organization depends on Teamspeak, it can be quite disruptive should that go down. That's why they are so problematic and so common.

Your first line of defence will always be an unknown IP address. Publicly showing or communicating the IP of your Teamspeak will only encourage it to fall victim to an attack. There is no way for your server to be attacked if they do not know the address of it, similarly to how it is impossible to prank call a number you do not know.

One way to help deal this problem is to have multiple servers open. Thankfully with Teamspeak 3, the ability to open multiple servers at once in tabs was added to the program. If a clan is able to stay in multiple teamspeaks at once, it's only a matter of switching tabs and communication is restored (as shown below).

There are two options for switching to a server in a new tab.

The first option is through the 'Connect' menu. To access this, navigate Connections->Connect. There will be two options: Connect and Connect in New Tab. Connecting will connect in the current tab that you're in.