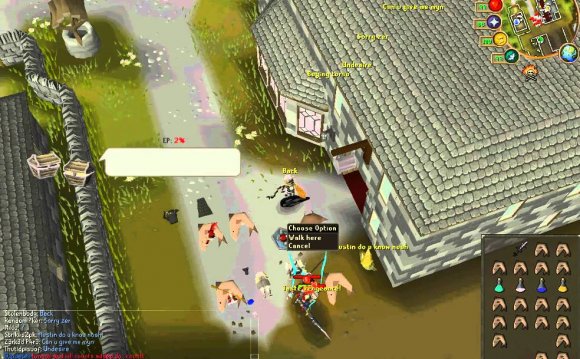 DarkScape is now live and playable for free! This experimental new game takes RuneScape and throws it into chaos, giving you free reign for intense combat and ruthless trade wars.

This reminds me of the old school PvP server rulesets which were really fun before people got max level and would camp out in the newbie areas, and if not the newbie areas (if they were protected), the roads leading out of the newbie areas. Actually it reminds me of a really awesome WoW PvP story, when I was a little Xerin on a PvP server, I took my horde character into Ashenvale and became a ninja, taking out various characters at my level with surprise ambushes for hours, feeling like I was basically Kenshin.