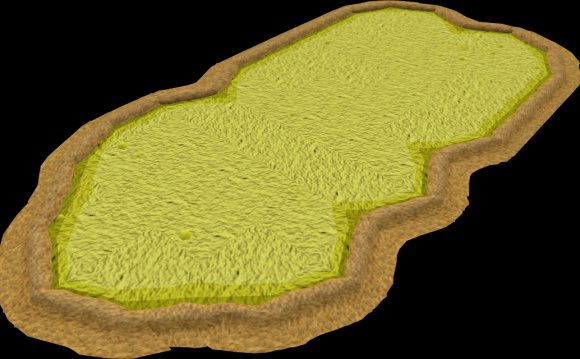 The Dwarven Mine contains coal, gold, adamantite, mithril, iron, copper, clay and tin ores to mine from. Mining shops can be identified by the Mining shop symbol .

Please note that the Mining shop icon will not be visible on the main map, because the locations of the shops are underground. To view the item on your minimap you will have to be underground and within range of the shops. These will be in the Dwarven Mine and Keldagrim.

The Dwarven Mine contains shops, ores to mine from, anvils and a lot of dwarves. The Mining shops of the Dwarven Mine offer a range of supplies for Smithing and Mining, and the opportunity to make money from this skill. You can do this by selling your mined ores or smithed bars to Drogo's Mining Emporium.

Inside the Mining Guild

The Mining Guild is unnamed on the world map and is located on the east side of Falador, south of the east bank. Alternatively, you can enter the mines using the adjoining gate from the Dwarven Mine. To enter the Mining Guild you have to climb down one of four ladders. You must have a Mining level of 60 or above to enter this guild.

Inside this guild, you can mine a variety of rocks including many coal rocks and mithril. With the Dwarven Mine a door away, you also have the opportunity to mine from the coal, gold, adamantite, mithril, iron, copper, clay and tin rocks there.

You will also find the various tools that spawn and that are dropped by the dwarves in the mine useful. If you head through the door to the Dwarven Mine, you will also find an anvil to smith items from your newly mined ore (provided they have been smelted into bars first) and a few shops to buy Mining and Smithing tools from.

A necklace of skills will teleport you directly to the guild.

The Living Rock Caverns can be accessed by a rope climb found at the northern end of the Dwarven Mine. It's filled with dangerous, aggressive creatures, so prospective miners should make sure they're no slouches in the combat stakes too. The caverns hold many wonders for miners, most notable of which are the concentrated minerals deposits and the living rock creatures who dwell here.

The creatures, once defeated, crumple into rock formations akin to the caverns themselves. A skilled miner can then quickly give the remains a scrape with their pickaxe, nabbing some living minerals in the process. These minerals can be used as bait to catch the highly prized rocktail fish, found in the freshwater pools in these caverns.