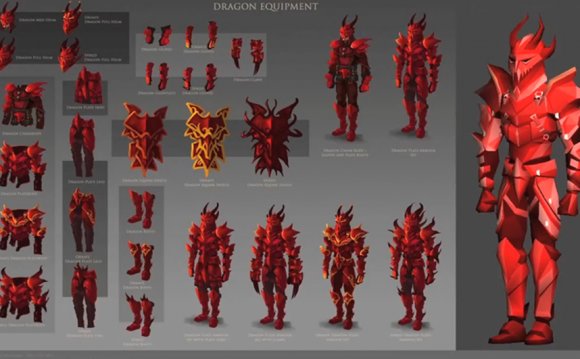 The Queen Black Dragon is the fourth strongest monster in all of RuneScape. There is no option to fight it with friends, so fighting it is a personal challenge between you and the boss.

The only actual requirement is a Summoning level of 60. No quests are required to fight the Queen Black Dragon, but completing Song from the Depths is recommended as incoming damage is reduced.

A player is affected by the Time Stop spell.

The spell takes effect seconds after the final dialogue, ten seconds after the initial warning. A haze appears over the screen, freezing the whole arena except for the Queen Black Dragon and the soul which used the ability. During this time, players cannot move, eat or teleport until it ends. The Queen Black Dragon will use all attacks at her disposal during that time, and when the ability ends the player will take all the damage in one tick, meaning that it is easy to die from this attack if not prepared. To tell when this attack is coming, you should focus on the screen and the minimap; if a soul disappears while attacking you it is very likely that it has begun the time stop.

Note: If a soul uses this just as the phase ends, incoming grotworms will not be affected by the freeze.

This section explains the basic mechanics of the fight, regardless of what combat style the player is using.

There are no soul spawns whatsoever. The QBD will only use her Ranged attack, her Melee attack (if the player is more than one square above the northernmost artifact), and the occasional singular fire wall.

The correct artifact to activate at the end of this stage is the northernmost one, in the center of the fighting platform.

The QBD will use all of her previous attacks along with an occasional summoning of one tortured soul. Fire walls now come in groups of two at a time when she uses them.

The correct artefact for this stage is to the south-west. A magical platform allowing access to it will have appeared at the start of this stage.

This QBD can now temporarily either harden her carapace or enter crystalline form. Two souls will appear every time she summons souls. Fire walls appear in groups of three. Along with that, she is now able to siphon the souls to heal herself if they linger in the field too long.

The next correct artifact is the south-eastern one. Similarly to the second artifact, a glowing platform will have arrived at the start of this stage.

All attacks from previous stages remain available. Time Stop and Extreme Dragon Breath are now potential attacks, and soul spawns will come in fours. The fire wall attack is unchanged.