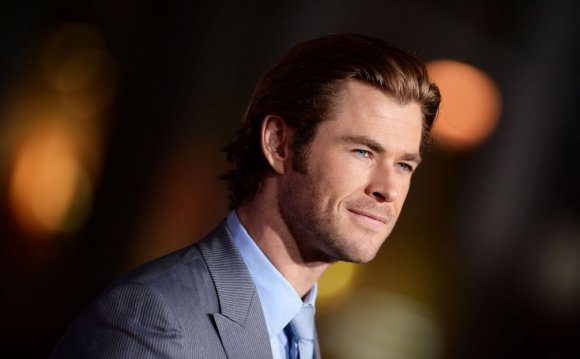 Superheat Item is a non-combat Magic spell used to smelt ore without a furnace. It can be used by both free and member players. It takes four fire runes and one nature rune to cast. Fire runes are not needed if wielding a fire, lava, or steam staff. Casting this spell creates only one bar, and cannot be cast upon noted ores. The ore amount required is the same as if you were smelting the bar in a furnace. 53 experience is rewarded in the Magic skill, and the normal Smithing experience is rewarded as if you were smithing the bar in a furnace.

Smelting a bar that requires coal is a little different, for you cannot click on the coal itself, but instead you must click on the primary ore for the bar that you wish to create. For example, to smelt a mithril bar, you must click on a mithril ore in your inventory in order to superheat a mithril bar. Furthermore Superheat Item guarantees a one-hundred percent success when smelting iron ore into an iron bar, whereas when smelting with a furnace only yields a fifty-to-eighty percent success rate.

Superheat Item cannot be used to make jewellery or cannonballs, but does allow one to create gold bars as well as silver bars and any other metal bar. Please note that to get the full 56.2 Smithing experience per gold ore you must be wearing goldsmithing gauntlets.

Superheat item is sometimes used when mining coal and either iron, mithril, or adamantite, as it can free up inventory space by using up coal to create bars. If you plan to mine the coal as well as the metal that goes into the bars, and your mining site has both coal and the relevant metal, the timesavings could be considerable. An almost full inventory of bars could be made in one trip rather than requiring one trip for an inventory of ore and several loads more for the coal to smelt it with. Eventually, a near-full inventory of bars can be banked. This method is particularly effective when used in conjunction with a coal bag, allowing you to carry up to 81 pieces of coal in a single inventory slot, and therefore more room for bars.

Other factors to be considered for any ore is weight and running. The bars weigh slightly less than the ore, so you can run for longer. But you can carry 2 fewer bars to the bank (fire/nature rune(s)). This is mitigated to 1 fewer if the player wields a Staff of fire, assuming the player carries their pick on their toolbelt in both cases.

Another possibility is to cast at the Coal Trucks. Example using mithril: Instead of 5 to 7 trips to empty the coal trucks in the Seer's Village Bank, you can take 23 mithril ore, nature runes and an equipped fire staff or better and leave 4 slots open. Repeatedly fill the slots from the coal trucks and cast Superheat Item. In this way only two trips to the bank are required for mithril.

Using Superheat item, players can quickly train three skills (mining, smithing and magic). The lowest recommended type of ores to use is iron, however greater profit and experience gain rates may be possible with higher level bars, such as mithril, adamant, and rune, though this requires coal as well as the base ore to be mined. The player should equip a fire staff to cast superheat item cheaply and efficiently, requiring only nature runes in the inventory. The player should also equip the highest level pick that they can use, or add it to their toolbelt, so that the pick does not take up an inventory space.

First the player should find a mining site with all the desired ores, and an anvil nearby. The player then can mine a full inventory of ore and turn it into bars using Superheat item. Next, the player should use the nearby anvil to smith all of the bars into a stackable item, such as bolt tips, arrowheads, nails, or dart tips. Choosing to smith non-stackable items like swords or helms forces the player to either drop the items, which yields faster experience, but is not recommended especially for higher level items due to the cost, or banking the items, which can be profitable but yields much slower experience rates. Alternatively, the player may also wish to use the high level alchemy spell after smithing the bars for more magic experience, though this also reduces the speed of the mining and smithing experience gain.

A coal bag can also be used in the Three-skill training method, and is recommended for superheating any bars requiring coal, as the player can fill the bag as they mine coal, thereby spending more time mining coal and less time waiting for base ores with a longer respawn time such as adamantite and runite to return. When superheating, coal from the coal bag will automatically be used first to create the bars. Using this method allows the player to mine for longer amounts of time before switching to superheating, which may be more efficient for some players.

Casting at a bank

Superheat item can be useful to cast at a bank to train Magic and Smithing. Ores are repeatedly withdrawn, superheated, then the bars banked.