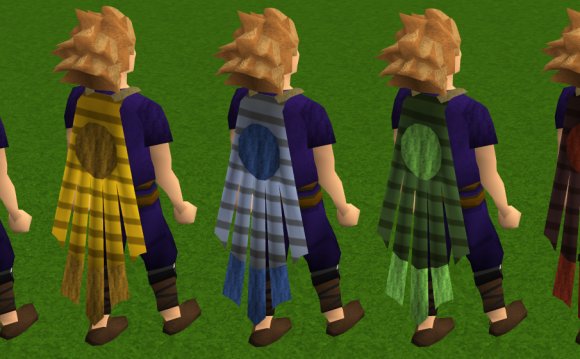 The Team-7 cape is a wilderness cape that can be purchased for 50 coins from Neil. Another player with the same team cape equipped will show up on the minimap as a blue dot rather than white, and the left-click "Attack" option will be moved to a right-click, as if the other player is of higher level than the player. If two players are wearing different team capes, then the "Attack" option for each other will both be left-click, regardless if one player has a higher combat level.

Team capes are popular in Wilderness Warbands to prevent accidentally attacking allied players. After the update, all team capes became non-member items and available for first hand purchase by all players. Team capes have since become the most popular choice of wear for nearly all free players, due to its affordability, better looks compared to single-coloured capes, and better bonuses.

One team cape can be stored on a cape rack in a Player-owned house.