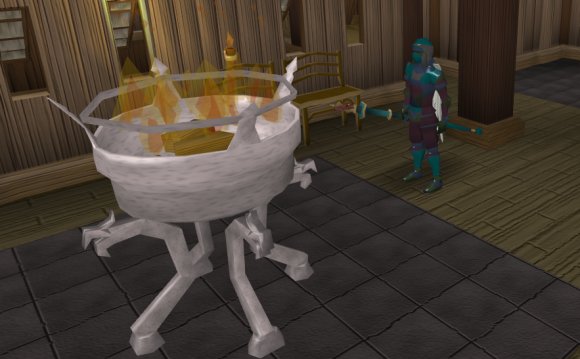 Lunar Diplomacy is a quest focussing on the feud between the mainland Fremennik and the Moonclan. Completion grants access to Lunar Isle, and a new spellbook.

Talk to Lokar Searunner on the westernmost dock of Rellekka, west of the wide dock to Miscellania and Etceteria (He will only talk to you after you get all requirements). He talks about his life as a pirate and the Moon Clan. To visit the Moon Clan, he tells you to obtain a Seal of passage, which allows you to safely travel and stay on Lunar Isle.

Go to the Rellekka Longhall Bar and speak with Brundt the Chieftain to get a Seal of passage. Keep it in your inventory whenever you are on the Lunar Islands or related places, or you will be teleported back to Rellekka.

Talk to Lokar again to sail to the Pirates' Cove. Players can board the pirate's ship, the, from the cove.

Board the Lady Zay

Climb up two ladders, and board the pirate ship (Be sure to be aboard the ship when you talk to the captain). Make sure that you are wearing the Seal of Passage and talk to Captain Bentley. When you ask to sail to Lunar Isle, the ship strangely sails around in a circle.

Speak to Captain Bentley again. He is puzzled and asks you to talk with the ship's navigator.

Talk with the Crew

Start with 'Eagle-eye' Shultz (he is on the bow, on the same deck as Captain Bentley, at the head of the ship). He explains jinxes to you.