World of Warcraft vs. RuneScape 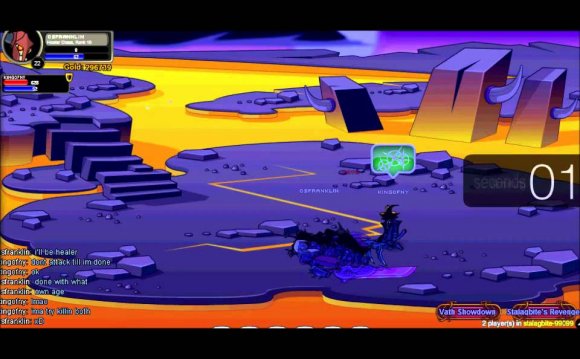 Yes, inflation occurs in MMORPG economies both by design and by accident.

An example of this phenomenon exists is health values for tanks in World of Warcraft. In the original game, tanks in the best gear available in the last raid dungeon had under 10, 000 health. In current Cataclysm gear, some tanks exceed 200, 000 health.

That's a clear example of "MUDflation, " but not monetary inflation.

People quitting or being banned acts like savings in the real economy - it has a positive effect on the value of money.

However, it also has the consequent effect of decreasing the overall demand for money. They're no longer playing, so they cease to demand more money.

The supply is decreased, but so is the demand. If the player was rich and used gold infrequently, then it has a positive effect on the price of the monetary unit. If the reverse, it has the opposite effect.

For example, a poor raider who spends all their gold on consumables values from those consumables more than they value money. They demand more money from either the game system or other players on a constant basis. When they disappear, so does their demand for more money.

This makes it inordinately challenging to measure the effects of inactive players on monetary prices.

It's generally an impressive game design achievement to create a virtual currency that isn't immediately hypernflated into worthlessness. Most game designers behave like Gideon Gono in charge of the printing press: they create more gold constantly and place no significant brakes on the overall money supply.

They may make projections about money creation vs. money destruction that are not borne out in reality.

Most MMOs create inflation spigots attached to various activities that the designers want to create incentives for.

If you want players to complete daily quests, let the system create more money for players that log in every day to use them.

The most common solution designers choose is to use NPCs (non-player characters) as all-purpose money-sinks. When a player gives an NPC gold to buy an item or to repair their gear, money is destroyed in the system.

Often, designers create expensive luxury items for sale by NPCs to act as substantial money sinks. In the original Ultima Online, houses were expensive and only sold by NPCs. When a user bought a tower or a castle, for example, they would extinguish their gold at the merchant.

In World of Warcraft, gold is destroyed when players repair their gear. Certain items like mounts also often cost thousands of gold, which can slow the rate of money creation.

Typically, when an expansion is released, a massive inflation ensues.

The MMO sector is competitive. Any game competes with dozens of others for users who are often promiscuous in switching loyalties. Old content is often surpassed by that of new competitors.

By introducing inflation into the system, it ensures that users migrate to the new (and hopefully better) content rather than remaining with the old.

Hyperinflation is extremely common in virtual worlds. Diablo 2 is a classic example of a hyperinflationary game system.

The planned money sinks of repairing, item purchasing, death, and gambling were insufficient to ensure that the gold piece retained value. Dupe bugs - which users abuse to counterfeit money or items - also added to the rate of inflation.

Players switched to barter and the use of real-world money to facilitate trade.

Asheron's Call also went through hyperinflation very early due to the lack of adequate money sinks.

Game systems can usually survive both inflation and hyperinflation as long as there's another suitable instrument to use for exchange - or if player exchange isn't the focus of the game.

Runescape vs. Wow (World of Warcraft)

Runescape Vs. World of Warcraft! My Comparison!

World of Warcraft vs. RuneScape