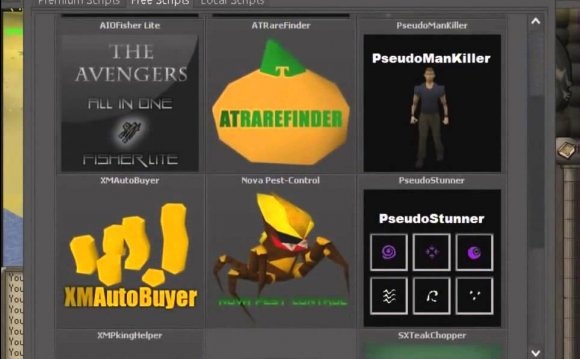 As mentioned in previous newsposts, permanent F2P will open on Thursday 19th February. The release of Membership Bonds will follow this at some point in March.

We mentioned adding some restrictions to F2P once it is released permanently in order to cut down on the number of bots farming F2P resources. Since the initial F2P proposal we have refined some of these restrictions to make sure that legitimate players get the most out of their experience of F2P.

For the first 24 hours of in-game time on a newly made F2P account players will not be able to trade items off their account. They can still receive items but they cannot trade their items away.

This restriction will also apply outside of trading to prevent other methods of transferring items:

Having this limit in place will give us the ability to catch bots before they are ever able to get resources off their accounts while only preventing players from trading in the period of game time where they are least likely to do so.

If you have ever been a member this restriction will not apply to you.

To accompany the above limits on trade we are also adding some restrictions to the Duel Arena on F2P worlds:

We will also be making some changes that allow us to better detect and silence spam bots. Players found to be flooding the public chat channel and not using autochat will be dealt with far more quickly and will be temporarily muted in no time.

This will apply in both members and F2P, helping clean up the streets of Lumbridge for new players.

Changes to these restrictions

We are going to be carefully monitoring the impact that these restrictions have over the release of permanent F2P. While we want to do as much as we possibly can to reduce the number of bots, we want to do it in a way that allows new players to get the most out of Old School.

As we get feedback and data from the release of permanent F2P we will make the appropriate tweaks to these restrictions to make sure that they are fitting for the game.

The return of yew logs and lobsters

With these restrictions in place we will be able to make chopping yew logs and fishing lobsters available to F2P players once again.

As some of you may know from visiting F2P worlds, low-level monsters can get populated fast. This is often due to bots and with the release of permanent F2P we expect this to extend to larger numbers of players passing through as well.

In an effort to make sure new players have monsters to kill so they can progress, and to help disperse the bots and make them easier to detect, we will be increasing the number of low-level monsters in and around Lumbridge and other starting areas of the game.

This will make sure that anyone who is just getting started in Old School will have a variety of different training spots to use and plenty of monsters wherever they choose to level up.

To celebrate the long awaited release of F2P, we will be holding and releasing a number of F2P specific livestream events and videos. You'll have many opportunities to get involved in some F2P fun alongside the rest of the Old School community.

If you aren't subscribed to our YouTube channel or following our Twitch channel be sure to do so. This will let you know when we go live and when videos go up so you get the best possible opportunity to take part and enjoy the content coming out surrounding the permanent F2P release.

RuneScape has forever been a game built on word-of-mouth and friends telling friends about this awesome online game they play. Even in 2015 word-of-mouth is one of the most effective tools at our disposal to get the word about Old School out there.

The release of permanent F2P is an excellent opportunity for your old 'scaping buddies to get a taste of what they're missing out on. We'll be doing all we can to spread the word and we hope that you will join us.