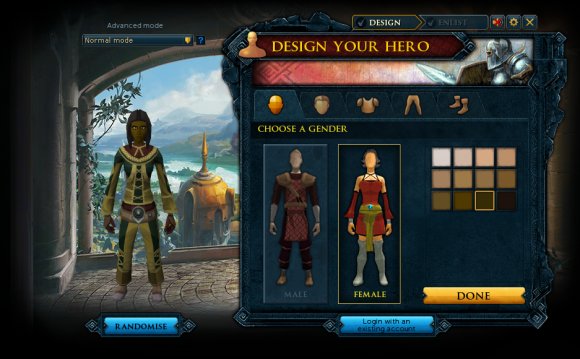 Become a member. Let's face it, RuneScape is so much easier and so much more fun when you are a member. It's not that expensive. If you aren't allowed to become one there's only one option left. Beg your parents. Beg like your (virtual) life depended on it!

Now that you are a member, start by training your melee combat stats. Kill some spiders and goblins at Lumbridge forest and once you reach around 15 combat move on to the cows at Lumbridge. Proceed to level 30 and you can go to the rock crabs at Fremennik Isle.

Do quests. Being a main is all about doing everything in the game. Do the quests. Most of the time they'll give crappy rewards but you'll need the crappy quests so you can do the harder crappy quests. These quests will sometimes allow you to access additional content (that makes you powerful).

Train up some non-combat stats. Being level 100 combat is cool, right? It sure is, but when you are a level 100 with level 10 mining you will get laughed at. Train up those stats. You'll need them for quests anyway.

Get maxed, go staking. Once you reach those nice 99 levels in you main combat stats (attack, strength, defence, HP), you can stake pretty easily at the duel arena. You can box (fighting without armour or weapon) other maxed players and if you are lucky you can win some quick cash! But be aware: you may lose everything. Especially if you suck. Please don't suck.

Learn how to merchant. If staking failed you or you failed at staking, try merchanting. There are plenty of (crappy) guides on the internet. Remember: buy low, sell high.

Do slayer. Slayer will sometimes give you rewards in the form of random armour drops from slain monsters. Sometimes you'll get lucky and get 3 of them in an hour. Sometimes you won't get anything in 3 days. But it's a nice cape anyway, so just do some slayer.

Bottom line: A main is all about being in balance. You can have every skill around 40 and be a main. You can do quests, get all the extra unlockable content, find all music in the game or just do nothing all day long and whine about the crappy updates. In the end, you are a main. And only you decide what you want to do. But if you want to be a good main, you'll have to train hard and long. Become as high as you can possibly be.

How to Play Runescape: Part 1: Creating an Account, and a ...