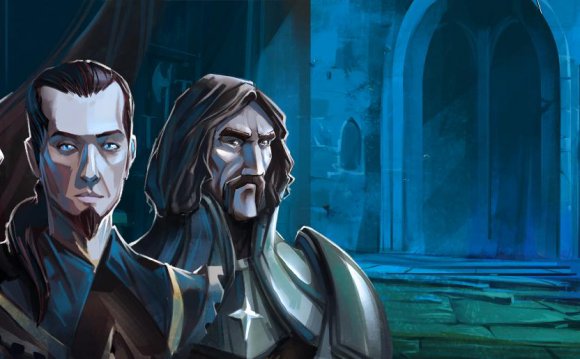 First of all, know that good skill-building is your key to making money and doing well in Runescape. No amount of begging or scavenging will earn you as much as actually building up a skills and utilizing them for capital gain.

There are many skills that will make you decent money in Runescape, and there are guides on RuneHQ which will tell you more about these different skills. That's not what this guide is for, however. This guide is intended to teach you a bit more about different ways to build skills, and we will start first with questing.

Some people detest questing. In fact, they hate nothing more. I personally consider this attitude to be a self-imposed blockade between themselves and fast skill-building, for most quests give decent, if not great amounts of experience in various skills. RuneHQ features a "Quest Experience Guide" which will tell you all you need to know about these quests, the skills they boost, and by how much. You will need to train up to beat a lot of these quests, but they will help you tremendously in the long run. Questing will also allow you entrance to areas that will be unavailable to you without having done a certain quest.

Additionally, explore the environment of Runescape, and you will find a wealth of raw materials to work with in order to build your skills. Shear sheep, pick flax, mine until you can mine iron, and then mine nothing but iron for a long time. Bank all that you collect, and when you have several hundred of a certain item (especially flax and iron) sell a hundred or so. It will pad your bank account and leave you enough material to work with as well. Once you reach the appropriate Crafting level, spinning flax into bowstrings will bring you up several levels, VERY quickly. Save up those bowstrings for fletching, or sell them for about 1 1/2 times what you sold the flax for.

Combat skills are important, of course. As you get to be a higher level player, you will be able to obtain rare items only from certain monsters. This is why it's very important to build your Slayer skill, as well. Some items ONLY come from higher level Slayer monsters, and without the appropriate Slayer level, you will not only be unable to kill these monsters, they may kill you instead, and very quickly!

It is also worth mentioning that skill building WILL take a long time. There are some shortcuts through questing, and some skill-building activities are easier than others. Do NOT think that you will get much done with high combat and nothing else, unless you ONLY PK (Player-kill). If that's the road you choose, be prepared to die often for a long time until you build combat skills high enough to survive.

VERY IMPORTANT: As a lower level player, bury EVERY BONE YOU FIND. You may not even use prayer until you reach higher levels, but by the time you are a higher level player, you will thank yourself for all the bone-burying you did as a new player. Those prayer points add up and can literally save your life later on.

Recent addition to modern "electronic" vocabulary. "Noob", a person who is new to a certain activity. Derogatory term.

There, now that we've gotten that out of the way, allow me to give you some examples of actions and behaviors that will label you as a noob.

I don't know anyone who DOESN'T find this annoying. Standing in the bank and begging for gp or items from higher-level players will gain you nothing but contempt, ridicule, and disgust. First of all, if this tactic has EVER worked and someone did give a beggar money or items, it was a one in a million event. Most of the time, all begging will accomplish is to cause people to dislike you on sight and become less likely to associate with you. Probably the only thing worse than standing in a public place and begging is to follow someone around begging, which brings us to the next item on this list.

Let me get make this perfectly clear. Unless you know someone or have been invited to go somewhere with them, do NOT click on their character and choose "follow". Most players don't particularly like this, in general. Be advised that they will like this a LOT less if you follow while continually asking questions and/or begging. If you ask a random player a question and they do not answer you, then they are probably busy or simply do not care to talk to you at the moment. Please be respectful of everyone else's right to play uninterrupted.

Any of you ever have a little brother or sister (or your mother, for that matter) who will NOT leave you alone? That's essentially what it's like having a lower level player following you around, asking you questions (that they could have looked up the answers to on their own), or adding you to their friends' list for the sole purpose of messaging you to beg or bother you any time they feel like it. If you persist in doing this, you run the risk of annoying someone with a short temper who ALSO belongs to a guild or clan. If this occurs, then the next time you find yourself in the wilderness wearing your best armor (and you will, we all have to go at some point), you will be massacred. If nothing else, think about how much you would enjoy this yourself, and if you decide that you wouldn't appreciate this happening to you, then it's best you avoid doing it.

To be terribly honest, the people who are scam the most (and most effectively) are higher level players, and they usually pull these scams on lower level players. The most obvious reason for this being that the higher level players usually know the value of items better than lower level players, and will exploit their less advanced counterparts for financial gain. I have a low opinion of players who scam others, and most Runescape players do.. the game can be challenging enough without dishonest people trying to make it worse. The reason I added this topic to this section, is that not only am I trying to discourage future high level scammers, I am trying to warn you against the practice for other reasons; namely, that attempting to scam as a lower level player, with only a budding understanding of the game, will make you look like a complete idiot. Nothing will make people call you a noob faster than trying to sell something like "RARE EYE PATCH! 50k!" in the middle of the bank. First of all, it's such a lame scam that only a gullible new player would fall victim to; secondly, you just identified yourself as not only a scammer, but a poor one at that.

Honest business practice will get you repeat customers, and this will serve you far better in the long run than potentially getting yourself reported while simultaneously making a fool of yourself.

One of the downright lowest, dirtiest, offensive, and most pathetic of all noob actions. This will almost definitely label you as target practice in player-vs-player areas, and almost nothing is more obnoxious than an arrow stealer. Scavenging is, believe it or not, OKAY.. but only in certain instances, as I will describe in the section "Scavenging".