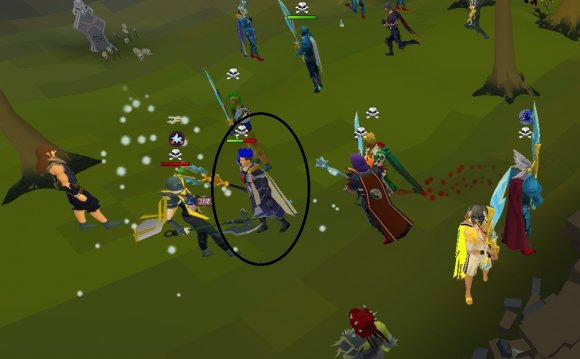 Partyhats, commonly abbreviated as phats, can be obtained in the form of two partyhat sets from participating in a Christmas event. Alternatively, players can pull christmas crackers and get any partyhat at random.

Before the 2013 Christmas event, they were made available in Old School RuneScape on 4 July 2013, requiring players would search the different spawn locations across Gielinor and/or attend the Grab-a-hat community streams with Mod Mat K between 4 July 2013 and 14 July 2013.

There are eight different partyhats:

Partyhats were said to be spawning in random locations across Gielinor, only to find the hats could not be picked up. Players would attempt to chase the hats until they got one, but unfortunately the random coloured hats slipped away at their fingertips. Attempting to cast Telekinetic Grab resulted in obtaining a Cabbage.