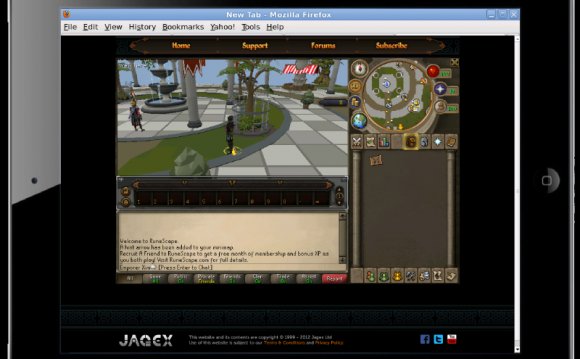 Oh, Runescape. It seems like just yesterday someone lured me into your wilderness, stabbed me in the back, and took all my stuff. [Looks at calendar] Aaaaand damn it. It’s been over a decade.

But don’t get all “Dust in the Wind” on me yet. To celebrate the game’s fifteenth anniversary, Old-School Runescape (a.k.a. 2007scape) [official site] is getting a brand new continent, and the first part is out now.

The new region is known as Zeah, and it will roll out in its entirety over the course of the next year or so. For now, there’s a single coastal city to explore, named Great Kourend. From Jagex:

“Upon arriving in Great Kourend you will notice that this is no ordinary city. Five houses have taken ownership of five different parts of the city. Each house has their own unique trades and specialties, often restricted to those that have proven their loyalty to the house.”

No surprise: All five houses hate each other. Probably because one butters its bread right-side up, the other upside-down, one butters its bread underwater, one uses low-calorie butter, one eats English muffins instead of toast, et cetera. You’ve seen this sort of political jockying before.

Having not played Runescape since…well, probably around 2007, I decided to turn to Reddit to see how the update was going over with users—only to find out I’d unwittingly stumbled into the midst of a full-blown civil war. Seriously, it’s crazy in there.

Some people are mad about Jagex sprinkling meme humor in the game. Others are mad at the people who are mad about meme humor. Words like “toxic” and “ruined” are being hurled around. And then there’s the historian crowd. That last group is mad because they considered 2007scape some sort of frozen-in-time snow globe, never to be tampered with.